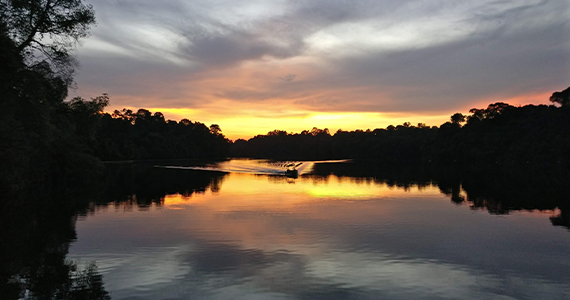 In day-today life, an individual tries to adopt a communication system, which is useful mainly for interaction with others. This includes direct and indirect conversation, messages and telecommunications. Everybody wants that his thoughts should reach the concerned persons. These thoughts may relate to his survival issues, necessities, responsibilities, relationships or interests and likings. While communicating with others, the interaction could lead to either positive emotions or negative emotions. In the process of conveying, even the pleasant thoughts may lead to unpleasantness.

In your journey from the known to the unknown also, there is communication. One acquires knowledge through various sources like reading books, listening to lectures, discussing with other like-minded people and following the guidance of his Guru. Thus, on the basis these sources conveying experiences of others, one develops a concept of God. So, some may feel that God is only in temples, mosques, churches etc. and they gets satisfaction in visiting such places and praying there. Some others may think God is in images and may get pleasure in performing rituals because they feel that they are in the company of God. There are some people who believe in awakening the godliness by doing holistic work, social work etc. These concepts gradually develop into strong beliefs. Thus believing is belief. But one cannot limit the omnipresent, omnipotent and omniscient God into these interpretations.

Whatever may be the interpretations, ultimately what is important is, not the description but the 'experience' one gets in putting into practice the teachings and how these 'experiences' bring about transformation in oneself. Again, the experiences would depend on the involvement, dedication and sincere efforts one puts in his 'Kriya'. In other words, one has to be Arjuna who grasped the teachings and took action with total surrender unto Lord Krishna.

One should understand that the knowledge they have gathered through the various sources is only information about God and to understand God in true sense, one needs to experience Him. For that, one has to convert this theory into practice i.e. KRIYA for Self-Recognition. There are three types of people in this field. First is the one who knows 100%. Second is the one who partially knows. And the third and the most important is the one who knows that he does not know!

There is a vast difference between knowing about a subject and gaining the knowledge. One may read a number of books on either one path or on different paths by different authors and he develops a feeling that he has gained the knowledge. Then he keeps searching for others to tap them and draw their attention on how much he knows. But a very few belong to the third category of persons who know that 'they really do not know'. These are the persons who really search for a Realised Guru and practise his teachings with dedication.

Thousands of years ago, during the Mahabharat sangram, Lord Krishna narrated to Arjuna, the meaning of his Existence and his role in that war. This famous communication of Supreme Knowledge in the form of Bhagwad Gita is preserved for the posterity. The divine guidance is applicable for all ages. Study of Bhagwad Gita gives different messages to different readers. Each one interprets the message and tries to imbibe it according to his capacity. But the Truth remains the Truth. Some people love to see Lord Krishna, some like to listen about Him and some people like to see Him, listen to Him and then practically implement His teachings in day-to-day life as 'Kriya'. Some people love to be Radha of this Krishna, some people like to be Yashoda and a very few prefer to be Arjuna and play the key role of His 'Sutras'. In the present conditions, the need is for many Arjunas for ACTION. To be Arjuna, one should have the capacity to follow the Adesh rather than argue; one should aim for reaching the target and one should have the courage to face the worst situation.

To understand and experience complete 'Krishna', one requires 100% faith and devotion in Him and this happens only when one believes in oneself. One needs to do 'Kriya' himself for self-progress. Instead of just giving instructions to priests to perform any rituals for one's protection, one should understand the meaning and depth of these rituals and perform them oneself to charge one's batteries for better Light. People tend to spend hours together in performing rituals mechanically, with a belief that the longer the period, better or faster will be the benefit. This increases their feeling of insecurity, fear and consequent dependency. In fact, Krishna teaches exactly the opposite i.e. Kriya Yoga. So, believing in oneself, one can experience Him, going from known to unknown. It is a direct communication technique to express our thoughts, exchange our feelings and experience Him totally!